million rubles directed to on regional social programs in 2018

Productive social partnership is one of the main elements of sustainable business development. Traditionally AO “Stroyservis” is a large taxpayer, fair employer, a company with a high level of social responsibility.

For 15 years AO “Stroyservis” and Kemerovo Oblast Administration have been concluding agreements on social and economic cooperation. In 2018 under such an agreement 603 million rubles was invested in regional social programs.

Supporting public and engineering infrastructure on the areas of presence, being involved in landscaping.

Reconstruction and equipment of School No.25 in the city of Salair was funded entirely by AO “Stroyservis”. Built in 1964, the school gained 4.0 level digital school title. Also new modern municipal residential wastewater treatment facilities were built in the town.

With the help of the open-pit mine “Berezovskiy” the roof and a number of classrooms of School No.51 in Prokopievsk were repaired. In the last school years the classes on the upper floors hadn’t been used because of the dilapidated state of the roof, but the renovations allowed to put them back into service.

In the Dawn village of Novokuznetsk district there were several improvements made including renovation of the House of Culture building, opening multifunctional sports ground, and creating a square and a space for social and cultural events. 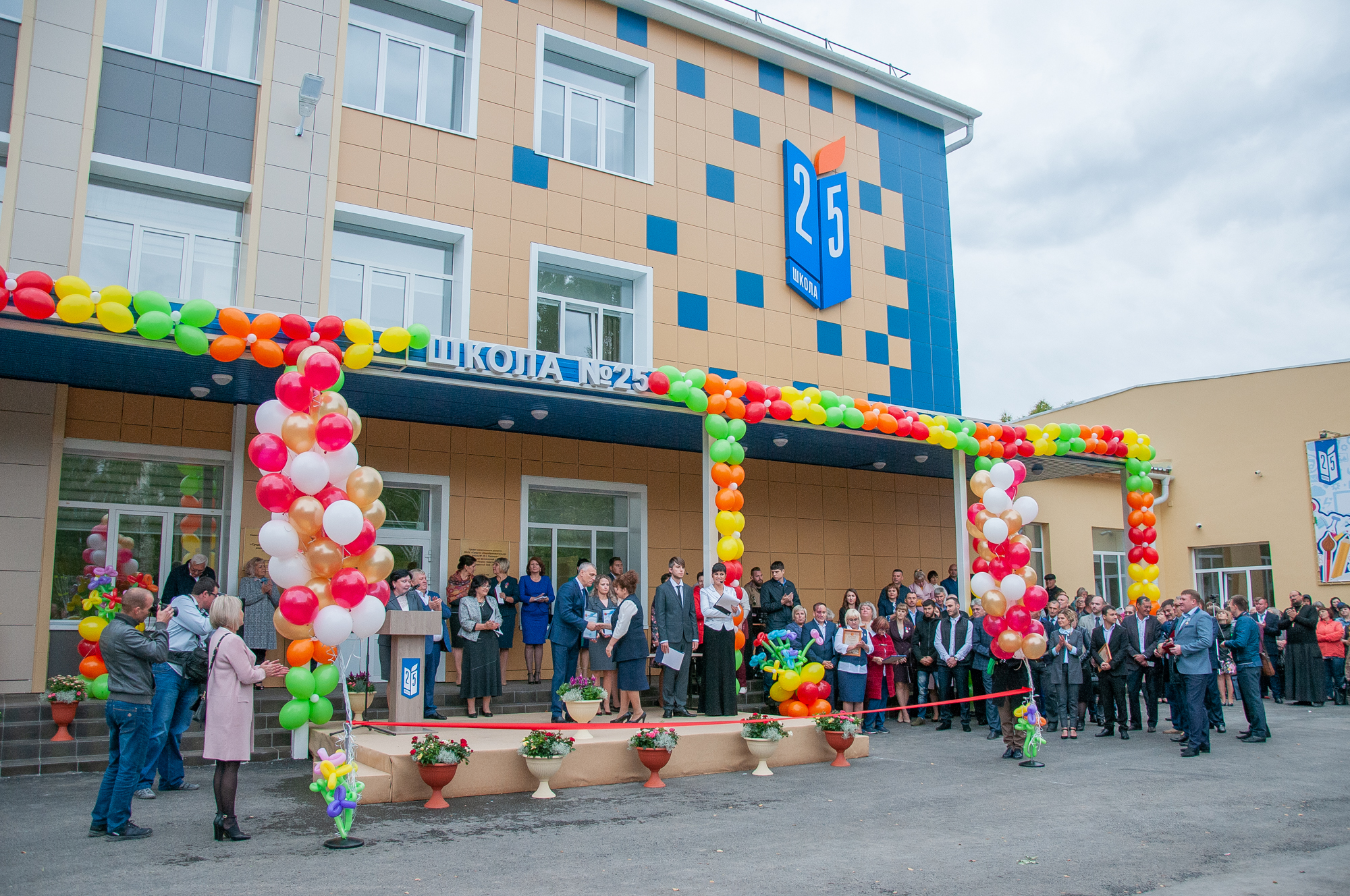 The open-pit mine “Berezovskiy” implemented a large-scale improvement program in Berezovo village of Novokuznetsk district. Feldsher’s medical facility, a Center for Social Events, a playground for children, and a workout area were built there. During the program 2.5 km of the road was repaired, thirty street light poles were installed, 4 km of power lines and 7 km of water supply system were created, fire hydrants were installed, and also the post office building of Berezovo village that was built in 1929 was restored. In 2018 over 60 million rubles was invested in the improvements of Berezovo village.

In Kalachevo village of Prokopievsk district a unique object of religious architecture ‒ Church of St. Olga, Grand Princess, Equal to the Apostles ‒ was built on money of the open-pit mine “Berezovskiy”.

Furthermore, the open-pit mine “Berezovskiy” purchased and put on duty a mobile fire-extinguishing tanker in order to increase the fire safety in rural settlements of Novokuznetsk and Prokopievsk districts.

The coal producing enterprises of the group fulfill all the obligations under the regional program for the delivery of charitable coal to the population that needs social support. 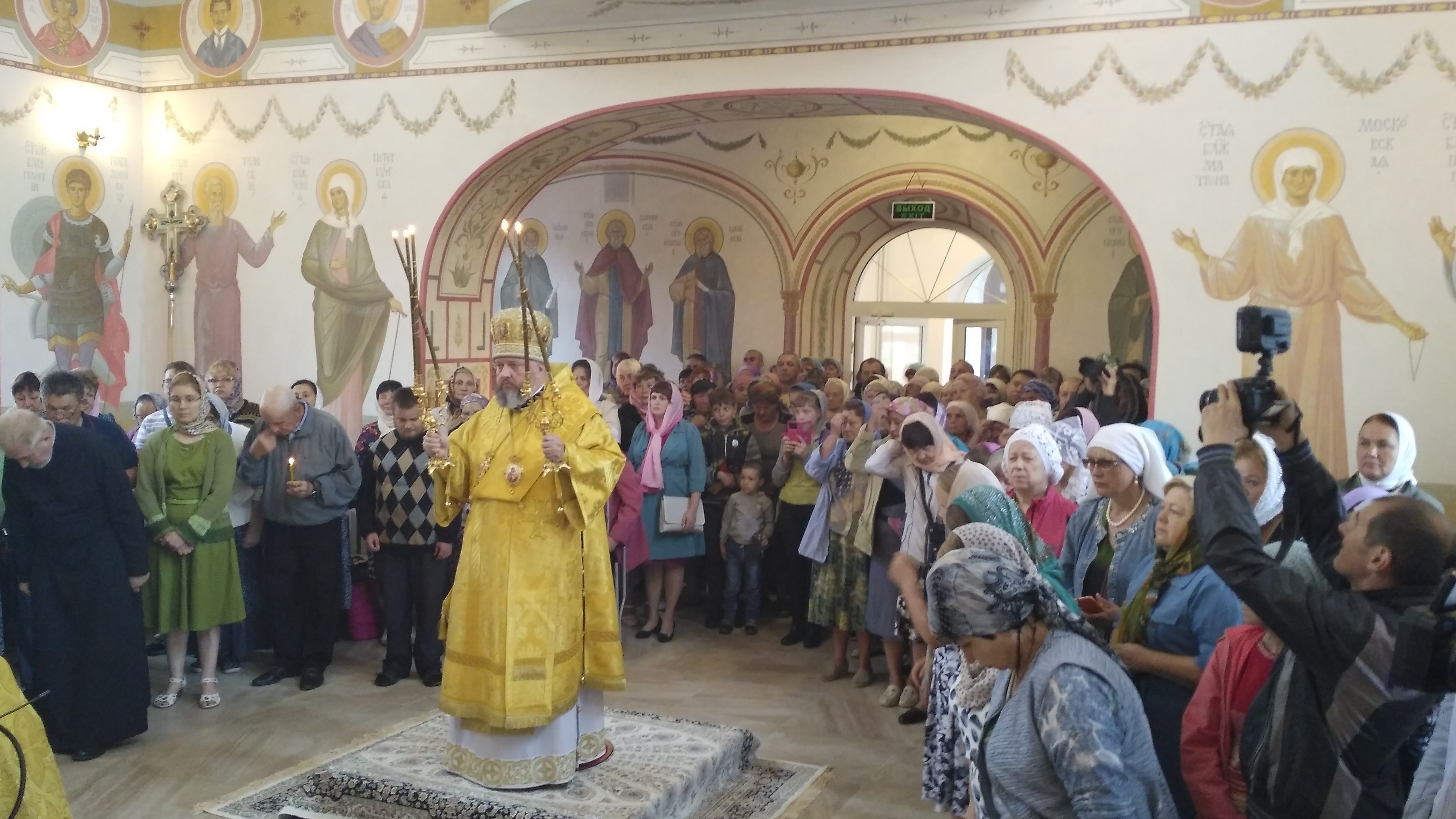 On the Russian Science Day AO “Stroyservis” gave Kuzbass State Technical University a gift certificate for the purchase of equipment worth 300 thousand rubles. Together with the leading technical University of the region the company has been training young specialists for their enterprises for more than 10 years. AO “Stroyservis” conducts annual meetings between the company’s leaders, students studying on the program for targeted personnel training, heads, and professors of the University.

“Stroyservis” with the support of the Youth Policy and Sports Department of Kemerovo Oblast Administration organized an extraordinary quest for the company’s youth teams, members of Kuzbass Council of Working Youth. The event program included a business game called “Strategy” that gave the participants an opportunity to try themselves in the roles of business leaders. 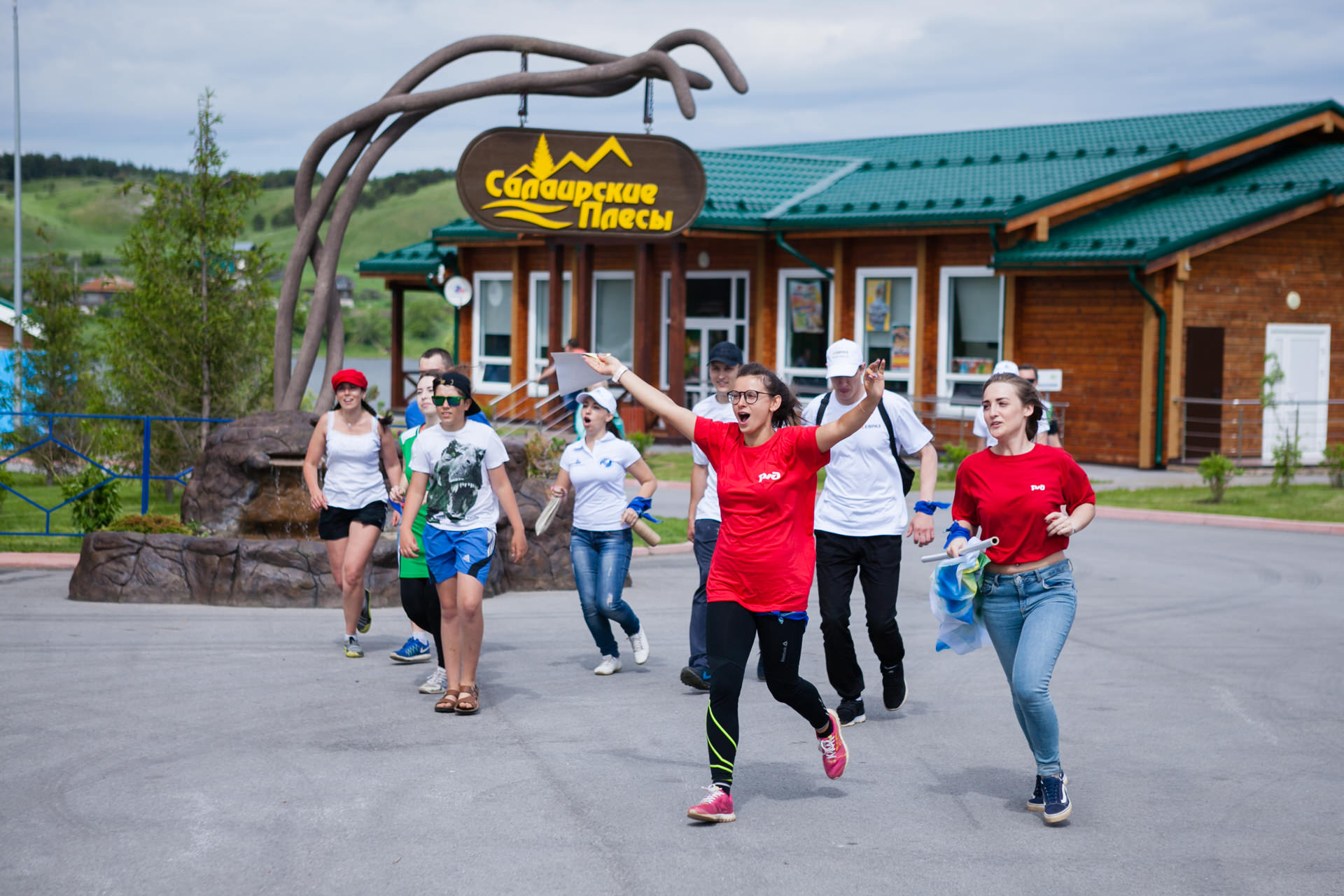 AO “Stroyservis” company was the initiator and the general partner of the massive international festival called “World Rock Heroes”. The rock festival conducted in honor of the 400th anniversary of Novokuznetsk on July 7, 2018, was recognized as the most technological open-air festival in Siberia. The festival opened with the performances of Russian symphonic metal band Catharsis and German power metal band Beyond the Black. The performance of the world rock icon ‒ ex-member of Uriah Heep band, legendary Ken Hensley accompanied by LiveFire band became the climax of the festival. Doro Pesch, the unsurpassed queen of metal, pleased the audience with her best song and was an outstanding ending of the festival.

On July 6, 2018 Russian symphonic metal band Catharsis performed in Kuzbass State Philharmonic. The musicians accompanied by the Governor’s Symphony Orchestra performed a bright show dedicated to the 20th anniversary of the band. The day before the concert the musicians had an excursion to the open-pit mine "Barzasskoye tovarischestvo".

On July 6, 2018 young German symphonic metal band Beyond the Black visited the open-pit mine “Berezovskiy”, and on July 7 the legendary British rock singer and performer Ken Hensley and his band LiveFire came there.

On November 15, 2018 the VII St. Petersburg International Cultural Forum hosted the grand awarding ceremony for the winners of the annual national award “Patron of the Year” established by the Ministry of Culture of the Russian Federation. “Stroyservis” received the award in the nomination of “Preserving and developing national cultures and folk art”. The company also received an award for the international festival “World Rock Heroes”.

On July 27, 2019 in honor of the 25th anniversary of AO “Stroyservis” the international festival “World Rock Heroes” will take place in Kemerovo. 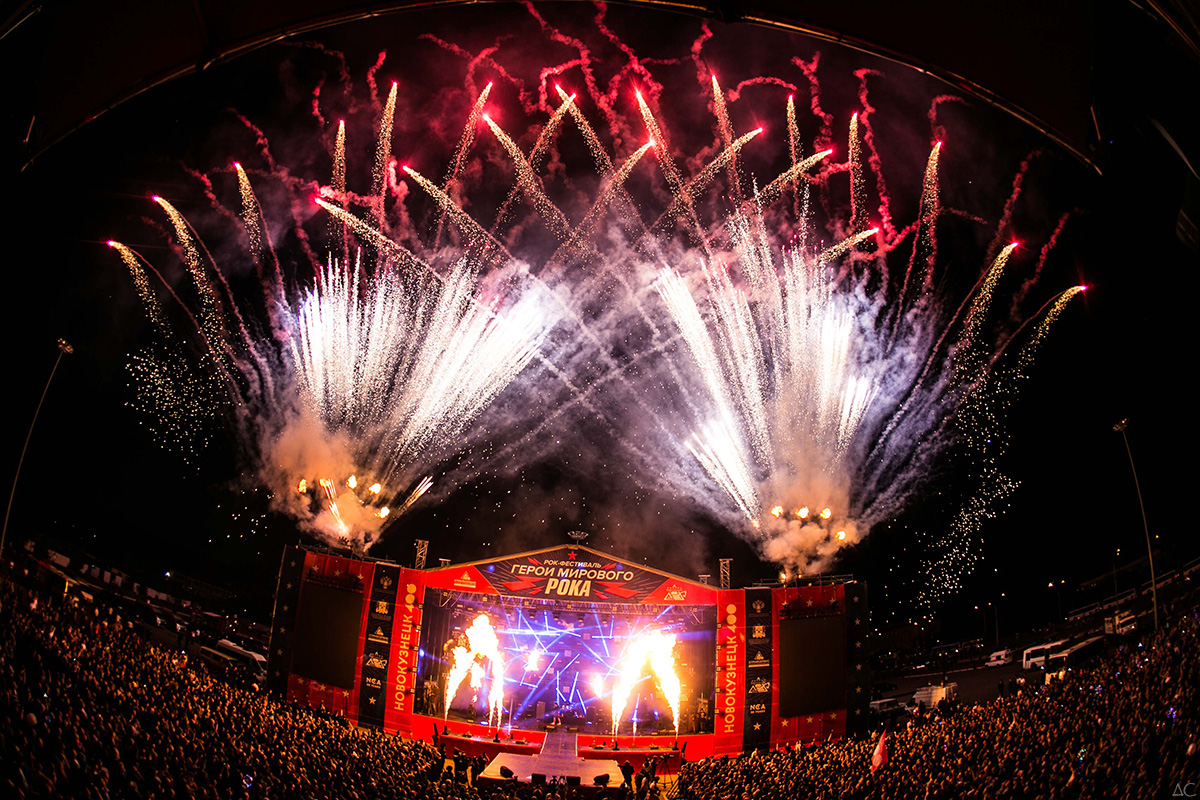 AO “Stroyservis” has been a partner of Thai Boxing Federation of Russia and Kuzbass for more than 15 years. In 2018 the Kuzbass fighters made a significant contribution to the victories of the Russian national team at the European Championship in Prague (Czech Republic) and the International Tournament in Cancun (Mexico).

Besides, “Gubakhinskiy Coke” became general partner of the XVII International Ballooning Festival “Sky Fair ‒ 2018” held in the city of Kungur, Perm Krai. This is the only festival of aeronautical sports in Ural and Volga Federal Districts. 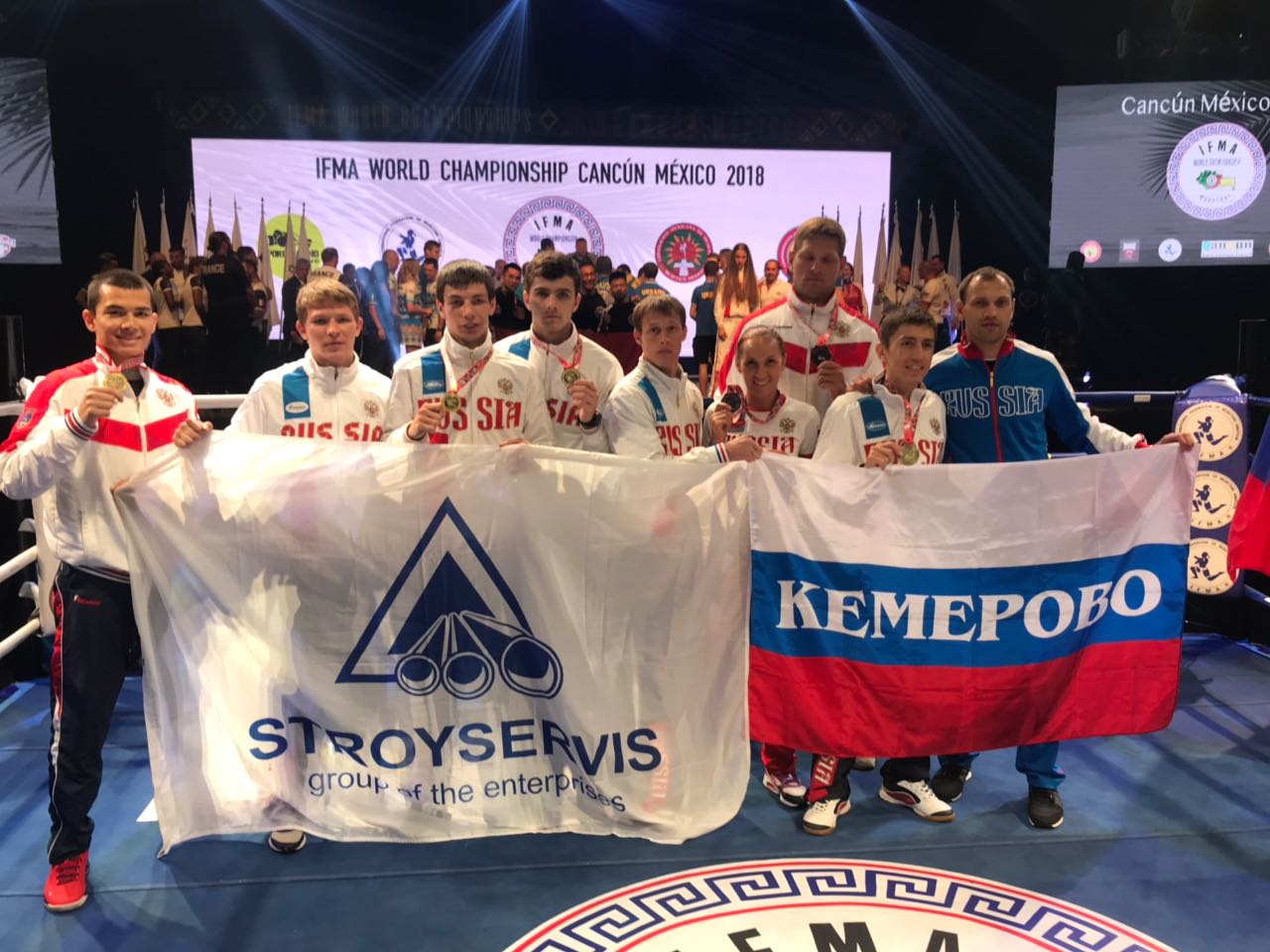 The open-pit mine “Shestaki” helped the son of an operator of coal processing and briquetting units Kirill Raikovskii to take part in a prestigious international creativity competition for children “Chudo Vostoka” which took place in Astana, the capital of Kazakhstan. Thanks to this the young Kuzbass resident came back as a winner!

In 2018 two families of the employees from the open-pit mine “Shestaki” were in the top three of “The Best Young Family of Gurievskii District” competition.