AO “Stroyservis” company is the 6th coking coal producer in Russia. Highly liquid grades of coking coal are in great demand on the market. The products are supplied to the largest Russian metallurgical plants and coke-chemical enterprises to produce high quality coke and use as pulverized coal fuel in blast furnaces. The main consumers of coking coal concentrate from AO “Stroyservis” on the domestic market are PJSC “NLMK”, OJSC “Altai-Koks”, EVRAZ.

AO “Stroyservis” is one of the ten largest producers of thermal coal in Russia. The products are supplied on the domestic market to the leading generating companies, metallurgical plants, cement plants, and enterprises providing housing and community amenities.

The geography of coal and coke supplies 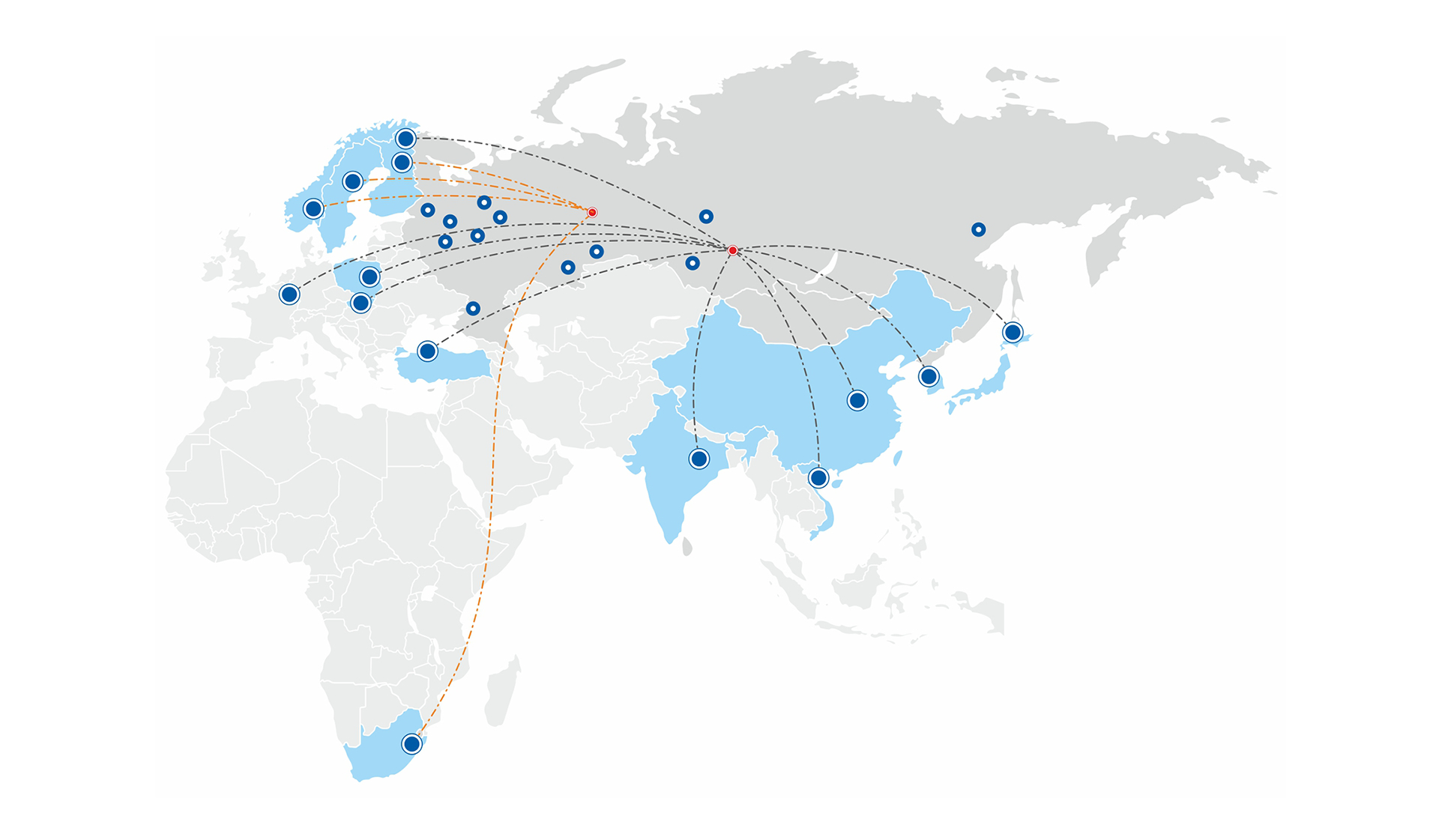 Fill out this little form, and we will reach you as soon as possible.